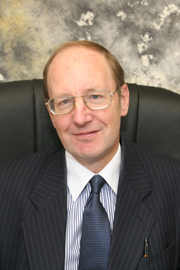 Peter grew up in Winscombe in the foothills of the Mendips. He qualified as a Solicitor in 1974 following his LLB at Warwick University and articles at John Hodge & Co in Weston-super-Mare.

On qualifying he joined Robert Smith & Partners in Bristol, but decided to get some experience in industry by first joining the Industrial and Commercial Finance Corporation in Birmingham and then the Bristol & West Building Society at their head office in Bristol.

In 1981 he returned to private practice first with Veale Benson at their branch in Weston-super-Mare and from 1982 joined Lawrence & Co in Bristol, running a branch office in Clifton for 5 years.

In 1987 he joined this practice (then Berry, Redmond & Hooper) initially at their Winscombe branch and from 1994 to 2015 at the Worle branch. He became a Partner in May 1988 and retired as a Partner in May 2010 when he became a consultant.

Latterly, Peter has specialised in domestic and commercial conveyancing and business leases.

Peter's interests include sailing (preferably in the sunnier climes of the Mediterranean), tennis and local history.